Rocks and minerals used in everything from tableware to electronics, some of them known so toxic and dangerous. listed below are the 10 most deadly minerals on earth as far known, do not allow these rocks to hurt you! Cinnabar, also known as vermillion, is a natural ore of mercury sulfide, chemical name HgS. light red, metallic luster, and belongs to the trigonal crystal system. The main component of cinnabar is mercury sulfide, which is insoluble in water, often contains realgar, apatite, asphaltene and the like. 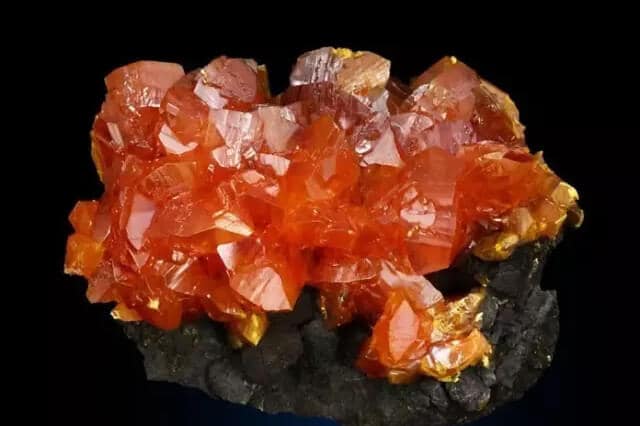 Orpiment is a monoclinic ore with the main component being arsenic trisulfide, which is highly toxic. Stunning orange-yellow color, 1.5 – 2 Mohs hardness, and grease luster.
Orpiment is a typical low-temperature hydrothermal mineral. Most of the orpiment and realgar are produced together in hydrothermal vents, hot springs, and fumaroles. 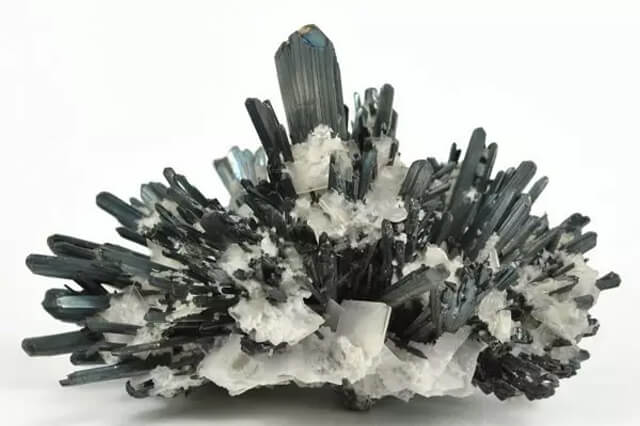 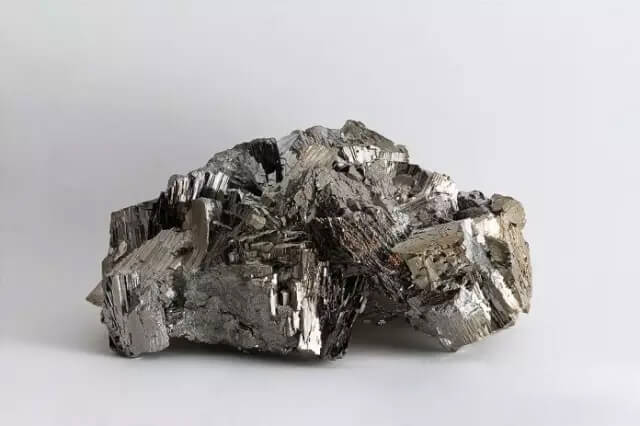 Arsenic pyrite, formerly known as white ochre in China, can be made from arsenic (As2O3). The arsenopyrite is monoclinic or triclinic, the crystal is columnar, and the aggregate is granular or dense. Tin white, metallic luster, Mohs hardness of 5.5 to 6, the specific gravity of 5.9 to 6.3. It smells like garlic when struck, and it is magnetic after burning. The poisonous sand is produced in high temperature or medium temperature hydrothermal deposits and is the most widely distributed primary arsenic mineral in metal deposits. 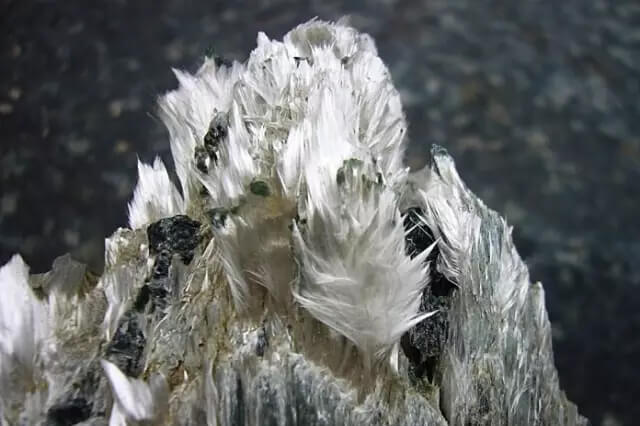 The carcinogenicity of asbestos has long been known to the relevant industries. During the 1980-2003 period in Germany, asbestos-related occupational diseases caused 12,000 deaths. In France, 2,000 people die from asbestos every year. Because asbestos fibers can cause asbestosis, pleural mesothelioma and other diseases, many countries have chosen to ban the use of this dangerous substance. 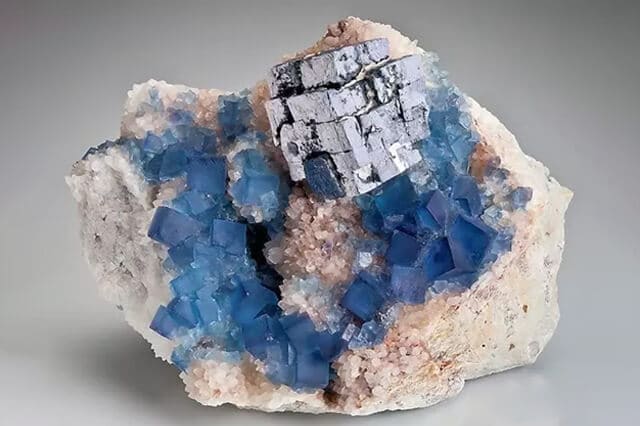 Galena (ie lead sulfide) is a relatively common mineral. It is an important ore mineral for extracting lead and is the most widely distributed lead mineral. In the shape of a cube, many of these cubic crystals come together to form a granular or massive shape. They have a metallic luster. Galena often contains silver and is therefore used as a resource for refining silver. After the galena is weathered, it becomes white lead ore and lead-bismuth. Minerals that are primarily hydrothermal, almost always symbiotic with sphalerite.

Lead is a highly toxic heavy metal element that has a negative side to the environment and human health. Prolonged exposure to galena ore or inhaled lead slag dust may lead to lead poisoning. Acute lead poisoning is currently studied more thoroughly. The symptoms are stomach pain, headache, tremor, and nervous irritability. In the most serious cases, people may not wake up until death. At very low concentrations, the chronic long-term health effects of lead appear to affect the brain and nervous system. 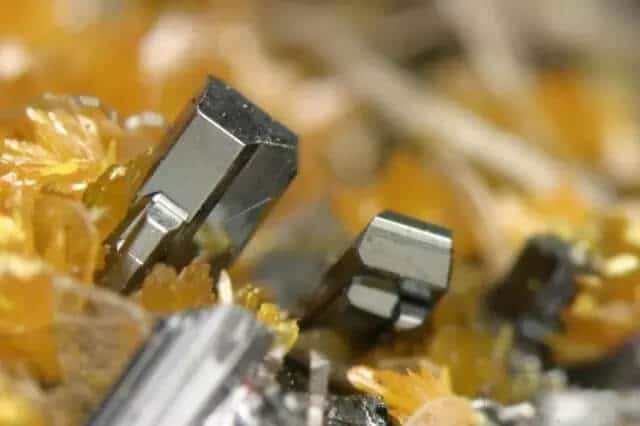 Gerstleyite is an orthorhombic system with small mineral particles, mostly less than 5 μm. The main symbiotic minerals are realgar, orpiment, galena, and dolomite.

Thallium is more toxic to humans than lead and mercury, similar to arsenic. Thallium is a non-essential trace element in the human body. It can enter the human body and be enriched by drinking water, food, and breathing. The compounds of thallium are mutagenic, carcinogenic and teratogenic, leading to esophageal cancer, liver cancer, colorectal cancer, and other diseases. The occurrence of human health is greatly threatened. 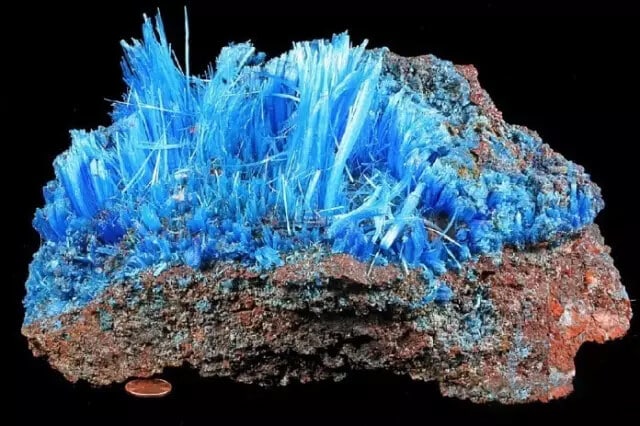 As a drug, chalcanthite effects vomiting. It should not be excessive or long-term. The main component of cholestasis is copper sulfate, which can cause poisoning if it is accidentally or excessively. Copper sulfate stimulates the impulse of the human nerve to pass through the vagus and sympathetic nerves to the vomiting center of the medulla. Due to repeated severe vomiting, it can cause dehydration and shock, while damaging the gastric mucosa and even causing acute gastric perforation.

The copper sulfate solution has a strong local corrosive effect, which can make the mucous membranes of the mouth, esophagus and gastrointestinal tract congestion, edema, ulcers, and erosion. Copper is also a kind of neuromuscular poison. When copper enters the human body, it can have symptoms of systemic poisoning, damage liver and kidney, cause steatosis and necrosis, and turn to inhibition after the central nervous system first excites. 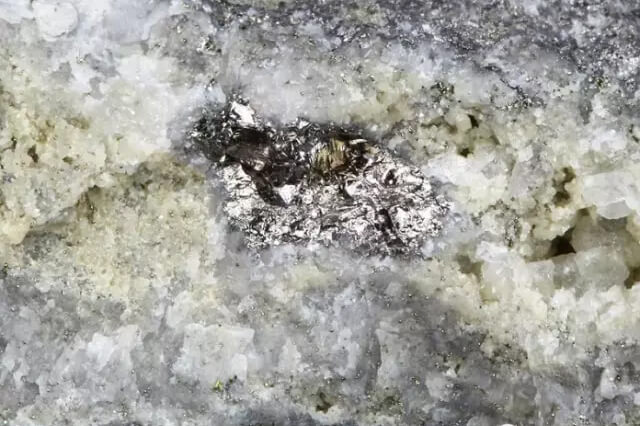 Coloradoite is one of the common mercury-containing minerals and generally contains low levels of mercury. The tellurium it contains are non-essential, toxic and trace elements. 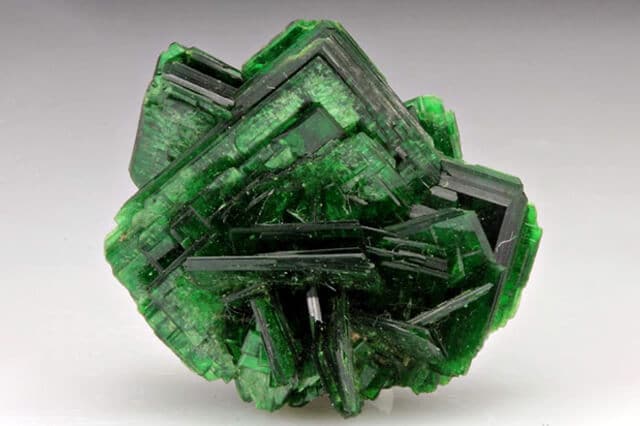 Torbernite is a dangerous mineral that is composed of hydrated green copper, phosphate, and uranyl. Minerals are usually found in granite rocks that contain uranium and are dangerous because of their radioactivity. Minerals naturally release radon, which, if exposed long enough, can cause lung cancer.