Minecraft is a sandbox video game created by Swedish developer Markus Persson, released by Mojang in 2011 and purchased by Microsoft in 2014. It is the single best-selling video game of all time, selling over 180 million copies across all platforms by late 2019, with over 112 million monthly active players. And in the YouTube Rewind 2019, it won the “most viewed video games around the world” without any doubt.

In Minecraft, players explore an intentionally blocky, pixelated, procedurally-generated 3D world, and may discover and extract raw materials, craft tools, build structures or earthworks. So there are plenty of crafting material you can collect in the world, and within them, ores are primarily collected for crafting purposes, such as for tools and armor. Ore can also be combined to create a block of the material’s type. For example, Redstone is obtained from redstone ore, which can be used to create redstone circuits.

If you are an Old bird in Minecraft games , you definitely know that obtaining resources from ores is as simple as mining them, but this is not the case for iron and gold ores, which must be smelted.

But in our real world, the ore mining process can not be so simplified with just a double click with your mouse at the Minecraft game did. There are several processing steps needed to do before getting the pure raw material from minerals.

In this article, let’s get into the Minecraft game and learn about the top mineral ores in this sand-box world and get to know the difference between games and real world.

But before we get started to craft some things, we will need to smelt an ore into an ingot. To smelt you need to build a furnace out of 8 cobblestone.

To smelt with the furnace, first place it like you would a crafting table. To use, put the ore you want to smelt in the top spot and a fuel in the bottom spot (fuels can include coal, charcoal, wood and a bucket of lava). The ingot you create will show up on the right.

Coal ore properly is the most common ore in Minecraft, which can be found at any level in the world as long as there is stone for it to form next to. In the game, it must be mined with a pickaxe, also it can be mined with just a wooden one, when you destroy the coal ore block you will get a piece of coal.

Coal is used for fuel in furnace at this game, which is as it’s used in the real world.

Also, you can craft with Coal to make some crafts, here are some examples.

In the real world, coal is valued for its energy content and since the 1880s, it has been widely used to generate electricity. Steel and cement industries use coal as a fuel for extraction of iron from iron ore and for cement production.

Coal mining has had many developments over the recent years, from the early days of men tunneling, digging, and manually extracting the coal on carts to large open cut and long wall mines. Mining at this scale requires the use of draglines, trucks, conveyors, hydraulic jacks and shearers.

Iron ores are rocks and minerals from which metallic iron can be economically extracted. In the game, you need to use a stone pickaxe or better one to mine this iron ore, it usually appears in levels 63 (1 block above sea level) and lower places.

When you destroy an iron ore, it will drop the iron ore block so you can use it to make some useful materials, you can use it as with any material to make Iron tools and weapons or make Iron armor, what’s more, you can smelt Iron Ore to get Iron Ingots.

Here is a list that you could craft with iron ingots. 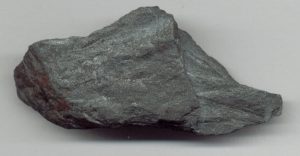 Then those fine ores  would be converted to metallic iron with blast furnace and bloomery, which is called the smelting processing.

Iron ores consist of oxygen and iron atoms bonded together into molecules. To convert it to metallic iron it must be smelted or sent through a direct reduction process to remove the oxygen. Oxygen-iron bonds are strong, and to remove the iron from the oxygen, a stronger elemental bond must be presented to attach to the oxygen. Carbon is used because the strength of a carbon-oxygen bond is greater than that of the iron-oxygen bond, at high temperatures. Thus, the iron ore must be powdered and mixed with coke, to be burnt in the smelting process.

Carbon monoxide is the primary ingredient of chemically stripping oxygen from iron. Thus, the iron and carbon smelting must be kept at an oxygen-deficient (reducing) state to promote burning of carbon to produce CO not CO2.

Gold Ore is mined with iron pickaxe or better tool in this game, it appears in the bottom 32 layers of the world. When mined, it will drop one gold ore block. Gold is used as with any material to make golden tools, armor and weapons.

You will need to smelt gold ore to get Gold Ingots, when used to make tools is very strong (can mine fast) but not very durable (will break quicker).

Here are things you can crafting with Gold:

While in human history, It is impossible to know the exact date that humans first began to mine gold, but some evidence found in the Varna Necropolis indicates that gold mining could be at least 7000 years old.

There are many ways to mining gold from the ore. Include placer mining, hard rock mining, by-product gold mining.

Placer mining often uses panning, sluicing, dredging and other methods to separate gold from other materials.

Gold panning is the easiest and quickest technique for searching for gold, but is not commercially viable for extracting gold from large deposits. 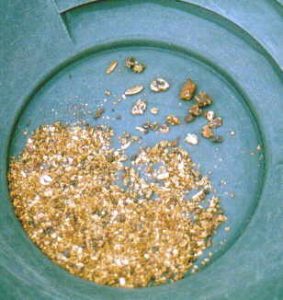 Using a sluice box to extract gold from placer deposits has long been a very common practice in prospecting and small-scale mining.

Dredging has largely been replaced by modern methods, although some dredging is done by small-scale miners using suction dredges.

Gold ore processing including gold extraction and gold parting were done very from the conditions.In placer mines, the gold is recovered by gravity separation. For hard rock mining, other methods are usually used, such as Mercury process & Cyanide process.

Back to our real earth, most natural diamonds have ages between 1 billion and 3.5 billion years. Most were formed at depths between 150 and 250 kilometres (93 and 155 mi) in the Earth’s mantle, although a few have come from as deep as 800 kilometres (500 mi).

As the hardest rock known to man. It’s name means unbreakable or invincible. Although it is composed of simple carbon atoms, the same as coal or graphite, the unique qualities of diamonds make them one of the most valued substances on earth.

Today diamonds are extremely useful but its uses are few. They are known particularly for their use in jewelry, such as rings or necklaces, because of their durability and their luster, just as the said: “A diamond lasts forever”. However, believe it or not, most diamonds are used industrially, because of their hardness, diamonds are extremely useful when used to cut, grind, or drill other materials. Therefore, many cutting blades or drills have small diamonds included on the tips and edges.

Lapis Lazuli is an ore block found at levels 0 to 32, with the highest concentration at level 19. Mine it using a stone pickaxe or better.

Note that Lapis Lazuli Ore will drop 4 or more pieces when they were mined, and it is a primary dye in this game, you can apply lapis lazuli to sheep to dye them, also it can be used to dye leather armor.

Dye Combinations (when you mix dye with another dye you will get an outcome with an equal amount of dye):

Lapis lazuli is based on the real stone which is historically prized and rare.

Emerald Ore is used as a currency in the game, you can usually trade with villagers for them, unlike other ores, emeralds drop from emerald ore and are the hardest gem to find while mining in Minecraft, therefor, they can only be naturally found in Extreme Hill Biomes and only shows up between levels 4 and 32 of the game world. it cannot be used to make tools or armor but only be crafted to make a Emerald block and vice versa.

Nether quartz ore is the only ore available in the Nether, and is the only source of quartz.

The nether quartz ore block itself (rather than its nether quartz drops) can be obtained by mining it with a pickaxe with the Silk Touch enchantment.

Nether quartz ore can be generated in the Nether in the form of mineral veins.

In reality, of course the nether quartz can not be found. But quartz is a thing that can be found everywhere around our daily life. actually quartz could be the most common mineral of the continents.

In the real world, quartz is closely related to sand. In Minecraft, it behaves more like marble. Either way it has an analogue.

Sand, usually in the form of quartz. As a non-renewable resource over human timescales, and it is suitable for making concrete in high demand, there are over 50 billion tons of beach sand and fossil sand is used each year for construction.

Manufactured sand (M sand) is sand made from rock by artificial processes, usually for construction purposes in cement or concrete. It differs from river sand by being more angular, and has somewhat different properties. To learn more about sand making, you can see our Silica sand wash plant and beach sand mining process.

Redstone should be mining with an Iron pickaxe or a better tool. Usually it can be found in layers 16 and lower in the game and used as a potion ingredient in brewing.

Redstone dust will be dark in color when it has no power running through it, and will turn bright red when powered.

Redstone in Minecraft is used to essentially carry electricity (what’s produced by redstone torches, switches, buttons, etc…) from one point to another.

So, does it actually exist in real life?

We know that all the ores in Minecraft have a real world analogue. Gold is a real thing. So is iron. Ditto for coal, diamonds and emeralds. Lapis lazuli is a real thing and so is quartz. Heck, even if you count clay, all of these have analogues.

But redstone? That’s the strangest of all.

In Minecraft, it isn’t iron which conducts electricity. It’s not even clear whether electricity is a thing. Lightning and gold rails notwithstanding, but there’s something magical about both of those.

So, in conclusion. literally we can say that redstone doesn’t actually exist in real life. Although there exist red stones such as ruby, to my knowledge, none of them have conductive properties like redstone from Minecraft nor can they simply be laid down to supply power.

Actually, in the real world. Copper is typically used as the conductor. But this is not what I’m going to talk about.

Minecraft win “the most views games around the world” in YouTube Rewind 2019:https://rewind.youtube/#!/lists/global-most-viewed-games