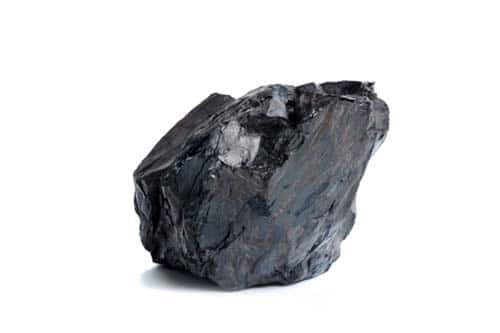 Description
Coal is one of the world’s major sources of energy. Coal is used to produce nearly one-third of all the electrical energy that is generated and used in the United States. Coal is a very complex and diverse energy resource that can vary greatly, even within the same deposit. In general, there are four basic varieties of coal, which are the result of geologic forces having altered plant material in different ways.

Lignite: Increased pressures and heat from overlying strata causes buried peat to dry and harden into lignite. Lignite is a brownish-black coal with generally high moisture and ash content and lower heating value. However, it is an important form of energy for generating electricity. Significant lignite mining operations are located in Texas, North Dakota, Louisiana and Montana.

Subbituminous: Under still more pressure, some lignite is changed into the next rank of coal, subbituminous. This is a dull black coal with a higher heating value than lignite that is used primarily for generating electricity and for space heating. Most subbituminous reserves are located in Montana, Wyoming, Colorado, New Mexico, Washington and Alaska.

Bituminous: Even greater pressure results in the creation of bituminous, or “soft” coal. This is the type most commonly used for electric power generation in the U.S. It has a higher heating value than either lignite or subbituminous, but less than that of anthracite. Bituminous coal is mined chiefly in Appalachia and the Midwest. It is also used to make coke for steel production.

Anthracite: Sometimes called “hard coal,” anthracite forms from bituminous coal when great pressures develop in folded rock strata during the creation of mountain ranges. Anthracite occurs only in limited geographic areas in the U.S.–primarily the Appalachian region of Pennsylvania. Anthracite has the highest energy content of all coals and is used for space heating and generating electricity. 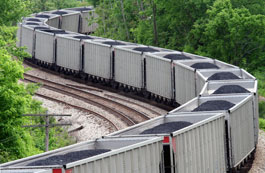 After removing the coal from the ground, the miners may send it to a preparation plant near the mining site. The plant cleans and processes coal to remove rocks, dirt, ash, sulfur, and other unwanted materials. This process increases the heating value of the coal.