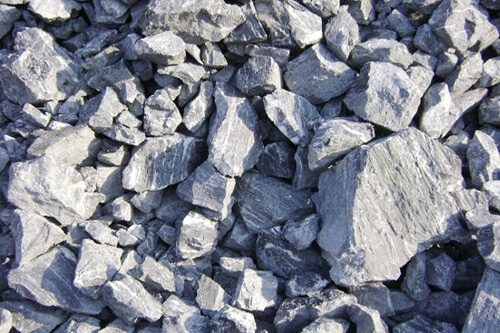 Relation to Mining
Zinc is recovered from a number of different zinc minerals. The most significant of these is sphalerite. Other minerals, such as smithsonite (ZnCO3, zinc carbonate), and zincite (ZnO, zinc oxide) are also zinc ores.
Zinc is also recycled from scrap.

1 Lead-zinc sulfide ore
1. Beneficiation process of lead-zinc sulfide ore:
The main constituent minerals of lead sulphide ore are galena and sphalerite, all of which are primary ore. Galena has good floatability. In most lead-zinc mines, zinc is higher than lead. Most of the lead-zinc sulfide mine uses preferential flotation technology, “floating lead and zinc-suppressing”, which is often reasonable both technically and economically.

Jaw Crusher, Cone Crusher: crush ore to a smaller size, make the target minerals and gangue minerals dissociated.
Vibrating screen: The mixture material is divided into different grades according to the particle size, and the qualified particle size products are sorted to avoid excessive pulverization of the ore and improve the productivity of the crusher.
Ball mill: grind ore to a finer particle size.
Hydrocyclone: Distribute qualified products in time to avoid over-grinding, and at the same time, separate unqualified coarse sand and return to grinding.
Flotation machine: The slurry is aerated and agitated, so that the ore particles whose surface has been subjected to the collector are attached to the bubbles, scraped off with a scraper to obtain a concentrate.
Thickener: The process of precipitating and concentrating the slurry to separate the thinner slurry from the clarified liquid and the slurry.
Filter: Remove most of the capillary water from the material.

In addition, there are some auxiliary equipment, such as electric vibration feeder, belt conveyor, mixing tank, mine bin, sand pump, pump pool, motor and so on.