Description
Rutile is the most common and stable form of titanium dioxide found in nature. It forms under high pressure and high temperature in igneous and metamorphic rocks. It is a key ingredient in paint and also a useful component in optical equipment. 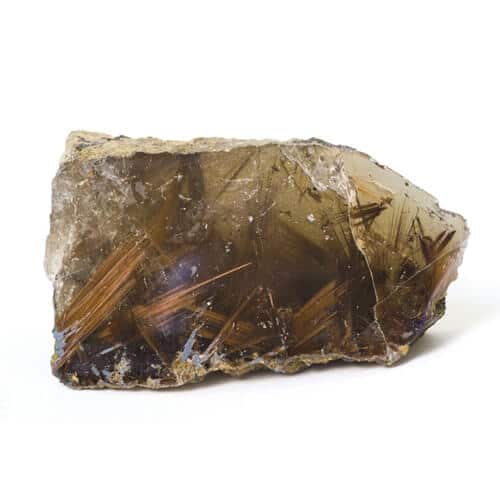 Relation to Mining
Rutile is recovered through surface mining and dredging of dense beach sands.

Uses
Because it has a very high index of refraction, rutile is used for many purposes in optics, a vast majority of which come from synthetic rutile, which was first produced in 1948. As a source of titanium dioxide pigment, rutile is used in plastics, paper products, paints, sunscreen, and even food coloring. Certain welding equipment also uses it.

1. Gravity separation
In the rutile ore beneficiation process, there are two main uses for gravity separation: one is for the sorting of rutile ore with coarser grain size, another one is for the tailing work of fine-grain rutile, generally used for pre-treatment before flotation, which can effectively remove the slime and can remove part of the gangue.
Generally, spiral chutes are used for desliming, and the shaking table for the separation of rutile, quartz, garnet, and other minerals.

Most of China's rutile resources are low-grade primary ore, it is difficult to separate by a single process of gravity separation, electro-election, magnetic separation, etc., and flotation is an important means of solving the fine-grain rutile ore selection.

The grade of rutile TiO2 obtained by the conventional beneficiation method is generally about 80%, and a small amount of silicate and iron minerals are difficult to remove. The conventional purification methods are roasting and pickling. However, the pickling process is not only dangerous to operate, but also pollutes the environment.

Customers requirements:
1. Use an attrition scrubber to clean the sand.
2. Magnetic separate the iron, requires the iron contend <0.08%
3. The finished silica sand product is used to make a mirror, which requires low iron content.           Read More >>>