Hydrocyclones first appeared in dutch in the late 1800s, Hidrociclon is an equipment that uses rotary current to classify, separate or sort coarse particles of sewage. It widely used in mine processing such as aggregates, hard rock mining, sand, industrial minerals, coal and more. Because the equipment without moving parts, take up small areas, process high volumes and relatively cheap.

The shortened form(often referred to) of hydrocyclone is a cyclone. There are two types of pressure and gravity. The water depends on pressure or gravity feed into from overflow, Then under the action of centrifugal force, the coarse and heavy granular materials are thrown towards the wall and rotated downward, and discharge together with the formed concentrated liquid. The smaller materials were discharged after rotating again.

Most hydrocycline are made of wearproof cast iron to reduce the rate of wear of the conical body's inner wall. Also, use greenstone and wear-resisting rubber to make hydrocyclone liners 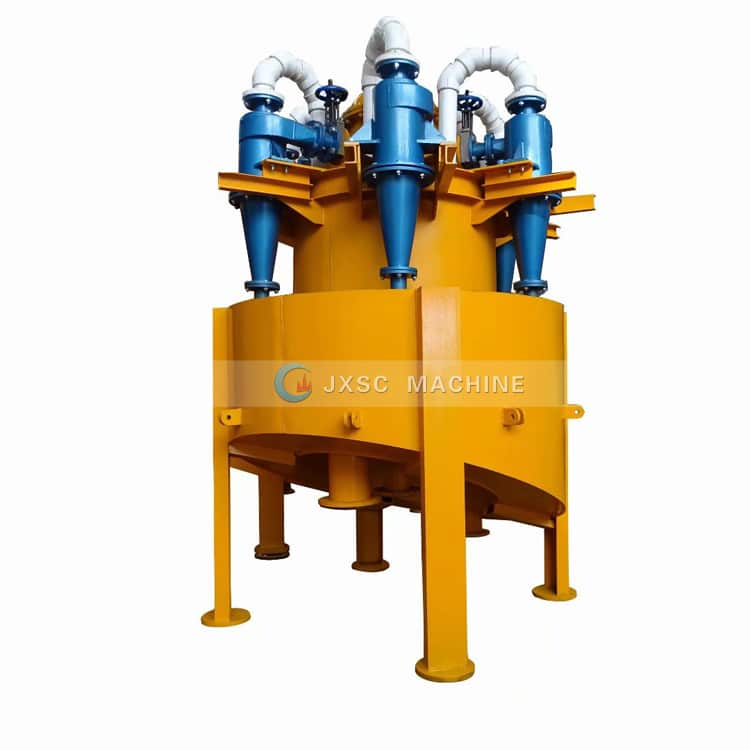 Under the action of pressure, the ore slurry enters the shell along the tangent direction of the pillar body. And rotates in the hydrocyclone shell. The coarse particles (or the dense particles) enter the periphery of rotary current due to them get the larger centrifugal force. At the same time, the coarse particles downward flow with ore slurry. Finally, discharged from the bottom sand nozzle into the sand. The fine particles are in the center of the rotary flow because they suffer less centrifugal force. And moving up with the liquid, then the overflow discharge from the downspout.

We provide you with the prophase plan, process flow design, and manufacturing equipment according to your special demand.

Send technicians to the job site guiding the installation and adjustment, training operators and finishing the check and accept together with you.

We will regularly pay a return visit to customers. Supplying technique, building design, instruction, installation and debugging for free.

One year warranty to make sure your machine runs constantly. Always offer lifelong service and provide spare parts for a long term. 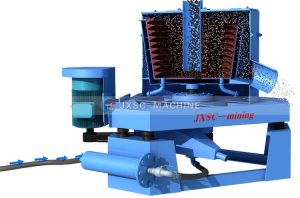