Baryte occurs in a large number of depositional environments and is deposited through a large number of processes including biogenic, hydrothermal, and evaporation, among others. Baryte commonly occurs in lead-zinc veins in limestones, in hot spring deposits, and with hematite ore. It is often associated with the minerals anglesite and celestine. It has also been identified in meteorites.

Barytes Uses
In oil and gas drilling
Worldwide, 69–77% of baryte is used as a weighting agent for drilling fluids in oil and gas exploration to suppress high formation pressures and prevent blowouts. As a well is drilled, the bit passes through various formations, each with different characteristics. The deeper the hole, the more baryte is needed as a percentage of the total mud mix. An additional benefit of baryte is that it is non-magnetic and thus does not interfere with magnetic measurements taken in the borehole, either during logging-while-drilling or in separate drill hole logging. 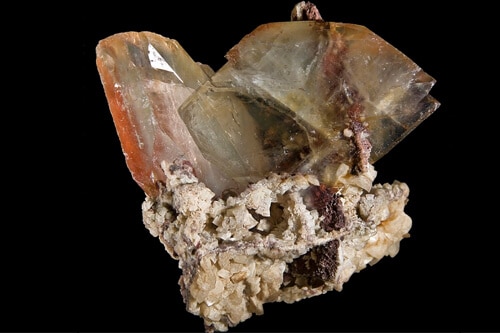 Baryte used for drilling petroleum wells can be black, blue, brown or gray depending on the ore body. The baryte is finely ground so that at least 97% of the material, by weight, can pass through a 200-mesh (75 μm) screen, and no more than 30%, by weight, can be less than 6 μm diameter. The ground barite also must be dense enough so that its specific gravity is 4.2 or greater, soft enough to not damage the bearings of a tricone drill bit, chemically inert, and containing no more than 250 milligrams per kilogram of soluble alkaline salts. In August 2010, the American Petroleum Institute published specifications to modify the 4.2 drilling grade standards for baryte to include 4.1 SG materials.

In oxygen and sulfur isotopic analysis
In the deep ocean, away from continental sources of sediment, pelagic baryte precipitates and forms a significant amount of the sediments. Since baryte has oxygen, systematics in the δ18O of these sediments have been used to help constrain paleotemperatures for oceanic crust.

The variations in sulfur isotopes (34S/32S) are being examined in evaporite minerals containing sulfur (e.g. baryte) and carbonate associated sulfates (CAS) to determine past seawater sulfur concentrations which can help identify specific depositonal periods such as anoxic or oxic conditions. The use of sulfur isotope reconstruction is often paired with oxygen when a molecule contains both elements.

Other uses
Baryte is used in added-value applications which include filler in paint and plastics, sound reduction in engine compartments, coat of automobile finishes for smoothness and corrosion resistance, friction products for automobiles and trucks, radiation-shielding cement, glass ceramics, and medical applications (for example, a barium meal before a contrast CT scan). Baryte is supplied in a variety of forms and the price depends on the amount of processing; filler applications commanding higher prices following intense physical processing by grinding and micronizing, and there are further premiums for whiteness and brightness and color. It is also used to produce other barium chemicals, notably barium carbonate which is used for the manufacture of LED glass for television and computer screens (historically in cathode ray tubes); and for dielectrics.

Historically, baryte was used for the production of barium hydroxide for sugar refining, and as a white pigment for textiles, paper, and paint.

Although baryte contains the toxic heavy metal barium, it is not toxic because barium sulfate is extremely insoluble in water.

It is also sometimes used as gemstone. 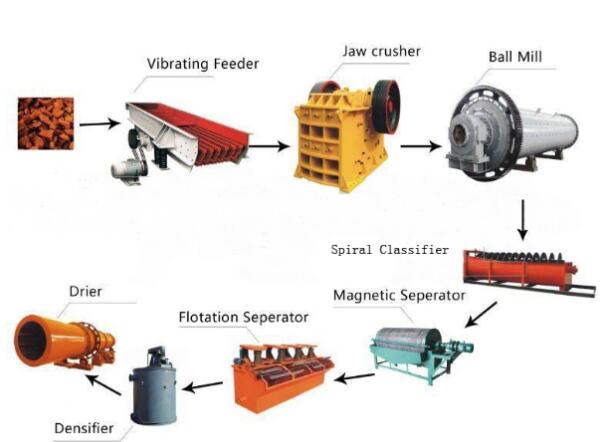 Gravity Separation:
For the gravity separation of barite, the process of crushing, screening and jigging. Then the high grade (over 80%) concentrate will be produced. The jig is the main equipment for the separation and purification of barite ore, which is energy-saving, high efficiency, and environment protection. In the process of crushing, JXSC Mining uses jaw crusher and applies the two-stage crushing process. In the process of screening, JXSC Mining uses simple and useful circular vibrating screen, which also have the features of large capacity, high efficiency, and convenient operation. It is very suitable for screening of barite ore. In the process of jigging, it applies two kinds of jigs to respectively separate the coarse and fine granularity of barite material.