Description
Cadmium (Cd) is a very soft, silvery-white metallic element that can be cut with a knife. Cadmium has many chemical similarities to zinc and is often recovered from the primary zinc ore sphalerite. The single most important use of cadmium is in the production of nickel-cadmium (Ni-Cad) batteries. 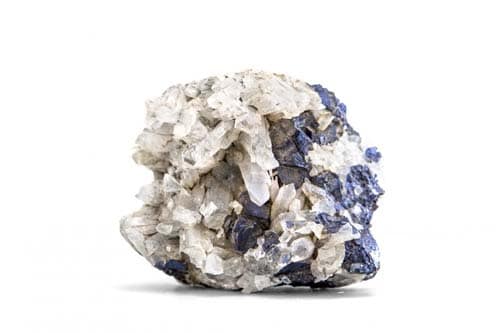 Relation to Mining
Cadmium rarely appears in nature and is most commonly sourced by its removal from zinc metals during the refining process. Cadmium is therefore produced in countries where zinc is refined, not necessarily in the countries where zinc ore is mined. China, Japan, and Korea are the world’s largest producers, followed by Mexico, the United States, the Netherlands, India, the United Kingdom, Peru and Germany. Fifteen other countries produce smaller amounts.

Uses
The single most important use of cadmium is in the production of nickel-cadmium (“Ni-Cad”) batteries. About three quarters of the cadmium consumed annually is used to make batteries. Nickel-cadmium batteries are rechargeable and have found wide use in cellular phones, hand-held cordless power tools, cameras, portable computers, and a wide variety of household products. These applications account for the majority of the Ni-cad batteries produced. The remaining represents batteries used for emergency power supplies in hospital rooms, for emergency lights, telephone exchanges, etc.

Cadmium is useful in a small number of other applications. Cadmium sulfide (also called cadmium yellow) is used as a paint pigment. Cadmium is used to make low-temperature melting alloys, such as solder and Wood’s Metal for indoor sprinkler systems. The latter is an alloy of 50%Bi, 25%Pb, 12.5% Sn, and 12.5%Cd which melts at about 160 degrees Fahrenheit, the temperature of a very hot shower. Cadmium compounds are used both in black and white and color television tubes. It is used as a stabilizing compound in plastics.

Cadmium also has the physical property of being able to absorb neutrons. As a result, it is used in nuclear reactor control rods to dampen the nuclear reaction and keep the fission reactions under control.

China is the world’s largest consumer of cadmium, primarily for manufacturing batteries. Worldwide consumption of cadmium is stable or slightly declining, as its use is becoming more restricted due to environmental rules.

Soluble compounds of cadmium are poisonous, although the metallic and the sulfide forms are not soluble and therefore not very poisonous.