Lithium is an element valuable for the production of glass, aluminum products, and batteries.  It is mined from ores of petalite (LiAl(Si2O5)2, lepidolite K(Li,Al)3(Al,Si,Rb)4O10(F,OH)2, spodumene LiAl(SiO3)2 and also subsurface brines. Australia and Chile are the world’s largest producers of lithium. 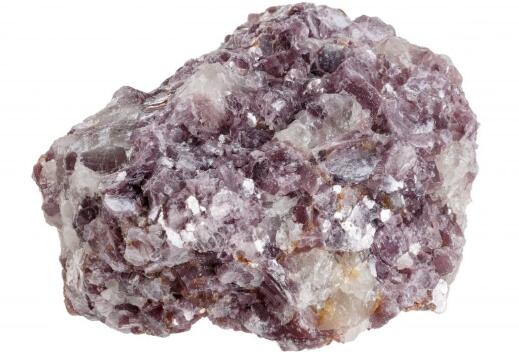 Lithium was first discovered in the mineral petalite. Lepidolite and spodumene are other common minerals which contain lithium. Commercial quantities of these three minerals are in a special igneous rock deposit that geologists call pegmatite. In pegmatites, magma cools so slowly that crystals have time to grow very large. Because lepidolite is a type of mica, its crystals grow into long thin sheets.

Lithium resources are detailed in the USGS Mineral Commodities Summaries.

Lithium is often recovered from brine, or water with a high concentration of lithium carbonate. Subsurface brines trapped in the Earth’s crust are a major source material for lithium carbonate. These sources are less expensive to mine than from rock such as spodumene, petalite, and other lithium-bearing minerals.

Brine production of lithium begins by first pumping the brine into evaporative ponds. Over 12 to 18 months, concentration of the brine increases to 6,000 ppm Li through solar evaporation. When the lithium chloride reaches optimum concentration, the liquid is pumped to a recovery plant and treated with soda ash, precipitating lithium carbonate, which is then filtrated, dried, and shipped.

Lithium compounds are used in ceramics and glass, in primary aluminum production, in the manufacture of lubricants and greases, rocket propellants, vitamin A synthesis, silver solders, underwater buoyancy devices, and increasingly in batteries.

Lithium batteries are proving to be an effective and affordable alternative to traditional batteries, and also in new battery applications.  More than 50% of lithium mined is used in batteries.  This use has recently increased rapidly spurring an increase in lithium mining to provide the lithium for batteries.

Lithium is mixed with other light metals such as aluminum and magnesium to form strong, light-weight alloys (an alloy is a mixture of metals).

Some lithium, in the form of lithium carbonate or lithium citrate, is used as medicine to treat gout (an inflammation of joints) and to treat serious mental illness.

Lithium is historically known to be produced from two sources: brines and hard rock mining. Lithium produced from brines is a cost-efficient process. Also, Lithium is processed from brine, spodumene, and clay. Salar brines are underground reservoirs that contain high concentrations of dissolved salts, such as lithium, potassium, and sodium. They are found below the surface of dried lakebeds, known as salars. 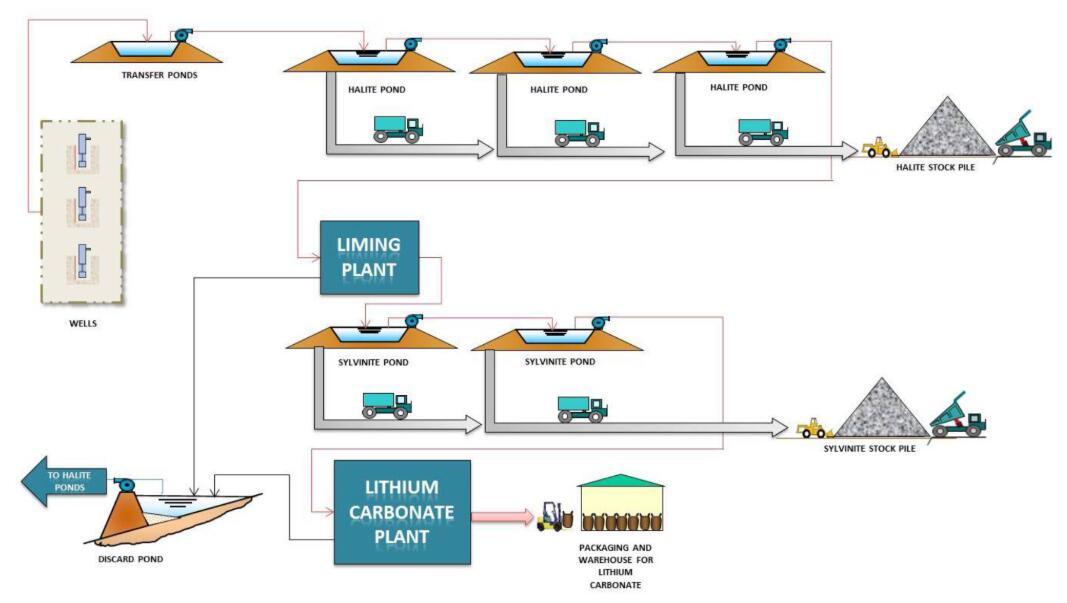 The effectiveness of producing lithium carbonate from salt brines is quite a significant task and compared to hard rock mining is less time consuming and favourable. Lithium brines are currently the only lithium source that support mining to have a not so tedious process.

Certain reports reveal to find that lithium recovery from brines may lead to a significant carbon footprint reduction because of a nearly zero-waste mining method.
Decades ago, commercial lithium production depended on mineral ore sources such as spodumene, petalite, and lepidolite. But today, lithium extraction from such sources is crucially more exhausting than extracting the metal from brines. Also the cost of lithium produced from hard rock mining is double than that of what is extracted from brines containing the metal.