Also called silica sand or quartz sand, silica is silicon dioxide (SiO2). Silicon compounds are the most significant component of the Earth’s crust. Since sand is plentiful, easy to mine and relatively easy to process, it is the primary ore source of silicon. The metamorphic rock, quartzite, is another source.

Silicon (Si) is a semi-metallic or metalloid, because it has several of the metallic characteristics. Silicon is never found in its natural state, but rather in combination with oxygen as the silicate ion SiO44- in silica-rich rocks such as obsidian, granite, diorite, and sandstone. Feldspar and quartz are the most significant silicate minerals. Silicon alloys include a variety of metals, including iron, aluminum, copper, nickel, manganese and ferrochromium. 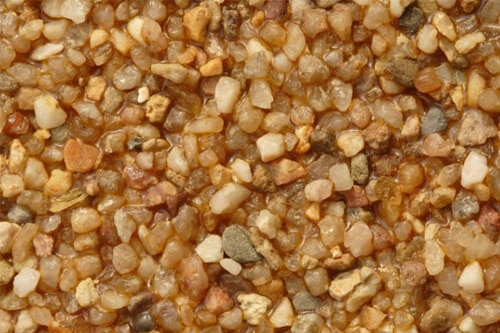 Ferrosilicon alloys are used to improve the strength and quality of iron and steel products. Tools, for instance, are made of steel and ferrosilicon.

Carbon steels are used extensively in suspension bridges and other structural support material, and in automotive bodies, to name a few.

Silicon is used in the aluminum industry to improve castability and weldability. Silicon-aluminum alloys tend to have relatively low strength and ductility, so other metals, especially magnesium and copper, are often added to improve strength.

In the chemicals industry, silicon metal is the starting point for the production of silianes, silicones, fumed silica, and semiconductor-grade silicon. Silanes are the used to make silicone resins, lubricants, anti-foaming agents, and water-repellent compounds. Silicones are used as lubricants, hydraulic fluids, electrical insulators, and moisture-proof treatments.

Semiconductor-grade silicon is used in the manufacture of silicon chips and solar cells. Fumed silica is used as a filler in the cement and refractory materials industries, as well as in heat insulation and filling material for synthetic rubbers, polymers and grouts.

Silica is used in ceramics and in making glass.

Silicon is considered a semiconductor. This means that it conducts electricity, but not as well as a metal such as copper or silver. This physical property makes silicon an important commodity in the computer manufacturing business.

Foundry silica sand is the quartz as the main mineral composition, particle size of 0.020 mm to 3.350 mm refractory particles, according to the mining and processing methods of different can be divided into artificial silica sand and sand washing, sand washing, selection of natural silica sand such as sand (flotation). 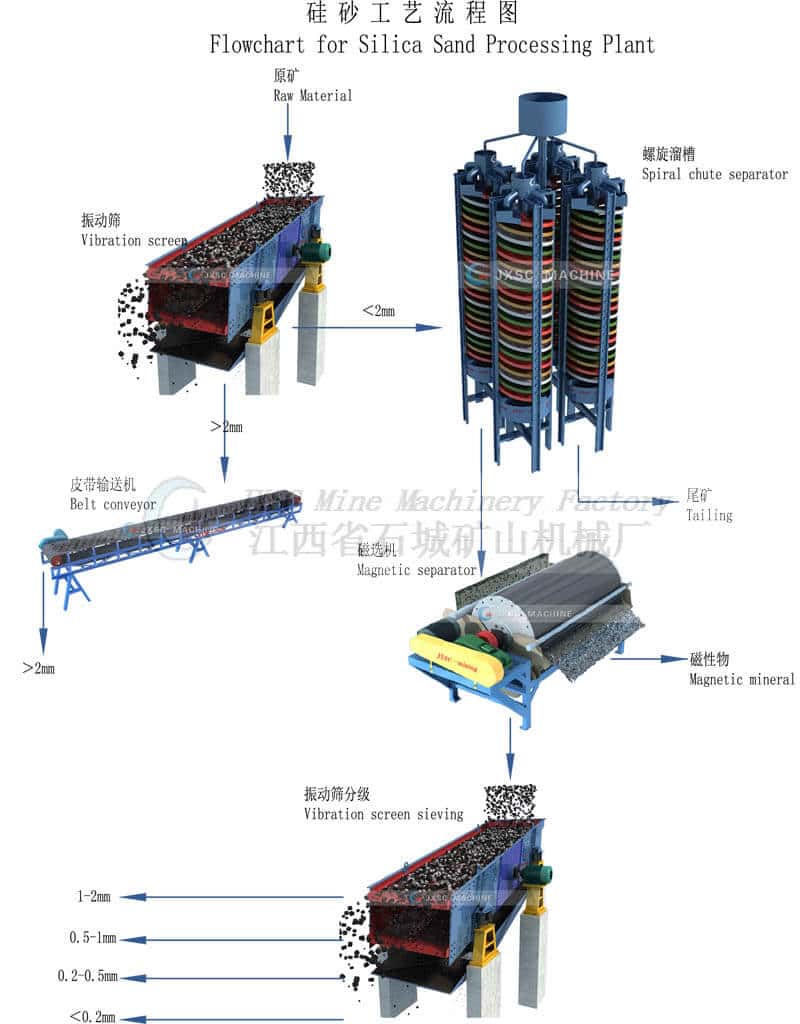 3, since the mill grinding process.Its technological process is: the run of mine ore – grizzly – since the mill to air classification system, qualified products and super fine powder (coarse grained – grinding cage – hexagon screen – the final product).

4, wet rod mill magnetic separation process.This is China during the period of “>” study of success and is promoting the new technology, its technological process is: in ore to coarse crushing, crushing and screening to rod mill, the high frequency fine screen to hydraulic classification, magnetic separation and iron products.