Silver Ore Type and Mineral Deposit in the World

According to the figures published by the United States Bureau of Mines in 2010, the amount of silver deposits in the world boundary is about 243,540 tons. The source of silver ore is mainly distributed in the Russia, Mexico, Canada, the United States, Australia and Peru, account for about 81% of the total reserves of silver mines in the world. As for the ore types, about two-thirds of silver reserves come from copper, lead and zinc deposits, and one-third of silver comes from independent silver deposits.

The silver-bearing copper deposit is the third largest source of silver, its amount accounts for 33% of the total recoverable silver in the United States, 31% in Peru and 28% in Canada. In addition, Chile, Argentina, Panama, Papua New Guinea, Philbin, Yugoslavia, Poland and other countries almost all recover silver from copper deposits. Generally, the silver grade of this type of deposit is lower than 50g/t.
In silver-bearing lead deposits and silver bearing gold deposits, the amount of coverable silver is the least, and the grade is low. This type of deposit mainly in South Africa, Chile. To know more mineral processing plants 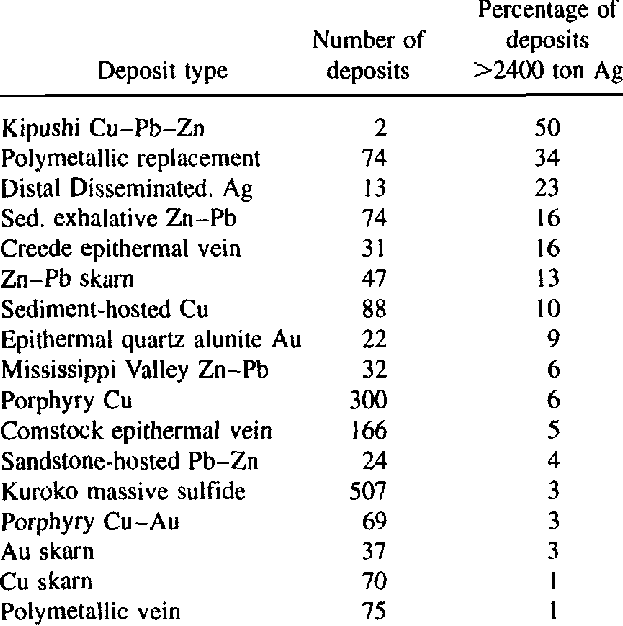 In addition to the above-mentioned deposits, the associated silver in the copper-nickel sulfide deposits, the skarn type silver deposit have also attracted people’s attention.