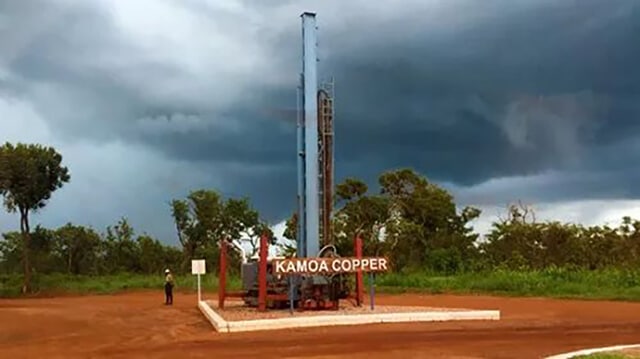 According to MiningWeekly, drilling and sampling analysis confirmed that the Kamoa-Kakula copper project in the Democratic Republic of Congo has further extended the northward extension of Kamoa-Kakula, which is a massive sulphide deposit. , buried shallow, thick.

Recent drilling revealed that the copper-rich mineralization of Kamoa-Kakula North extends at least 350 meters along the strike and has a width of at least 60 meters. Sampling analysis of the newly discovered area showed that the copper grade was as high as 18.48% in the range of 13.6 meters. The Kamoa-Kakula North Fu belt represents a new type of mineralization. The ore is blocky or block-like, and the surrounding rock is the Karma pyrite silt. According to the analysis, mineralization is the result of partial replacement of pyrite by chalcopyrite, porphyrite and chalcopyrite.

David Broughton, senior consultant for exploration and geology at Ivanhoe, said that within a range of 400 square kilometers of the Kamoa-Kakula project, after more than 10 years of exploration, more than 18% of the grades were found. The massive sulphide deposits are exciting and new discoveries consolidate the project’s position in the world.

The new discovery has excited Ivanhoe President Robert Friedland. He said: The Kamoa-Kakula copper project is one of the most important mining projects in the world and has a great potential to be the world’s second-largest copper mine.

How much can the Kamoa-Kakula mine earn?

n 2015, the economic and mining situation continued to be sluggish. Zijin Mining seized the opportunity of seriously underestimating the value of mineral resources and decisively acquired M&A. It acquired a 49.5% stake in Amy’s Kamoa-Kakula Holdings and invested about 2.52 billion yuan. Half of the equity reserves of the Kamoa-Kakula copper mine are about 12 million tons, and the average investment per ton of copper mine is about 210 yuan.

Up to now, the overall copper resource reserves of Kamoa-Kakula have reached 42.49 million tons. Based on the price of 50,000 yuan per ton, the potential value of the copper mine resources of the Kamoa-Kakula project held by Zijin is more than one trillion yuan. According to the average profit level of Zijin Mining Copper Mine under the current copper price level, the company can achieve a total profit of more than 300 billion yuan. Even if the cost of international mergers and acquisitions of about 1,000 yuan, Zijin Mining’s investment in the Kamoa-Kakula project has increased at least 8 times in value over the past two years.

In February 2019, Zijin Mining announced the preliminary economic assessment of the overall development plan of Kamoa-Kakula:

The Kamoa-Kakula high-grade copper ore body will be gradually developed in three stages, and the final ore processing capacity will be increased to 18 million tons/year. The service life of the mine is 37 years, and the total copper production during the service period is about 17.46 million tons. In the first 10 years, the average annual output of copper was 382,000 tons, and the total cash cost was US$2050/ton (after deducting the earnings of by-products of sulfuric acid, including equity). In the 12th year, it will produce 740,000 tons of copper.

The current copper price is 6,241 US dollars/ton. In the long run, the current copper price is relatively low, and there is still a lot of room for floating in the future. The Kamoa-Kakula project is definitely a high-grade, low-cost world-class copper project. It is believed that Zijin Mining will recover its costs soon after the official large-scale production. Based on the current situation, Zijin Mining is really making a big profit!

Have to praise the unique vision of Zijing Mining Chen Jinghe 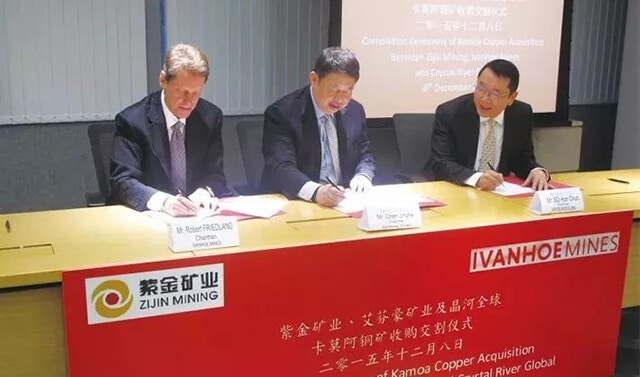 Prior to the merger, Chen Jinghe, Chairman of Zijin Mining, believed that the Kakula section of the southern part of the Kamoa-Kakula copper mine had good mineralization conditions and potential for prospecting. After the involvement of the Kamoa-Kakula project, Chen Jinghe led the mine prospecting work in the Kakula section. In less than a year, discovered a new ultra-high-grade copper mine. In the first phase of 2016, it added 940. 10,000 tons of high-grade copper resources.

In September 2017, Zijin Mining announced that it had made a major breakthrough in the prospecting of the Kamoa copper mine in the Kakulasi exploration area. The Kakula mine section extends further to 12 kilometers, delineating a high-grade mineralization zone at least 1 km wide and 2.9 km long in the Kakulasi exploration area. Multiple boreholes are cut to 20 to 50 m. The thick and large rich ore body, the average grade of some boreholes exceeds 9%, and the resource zone boundary is not closed, and the potential for resource growth is huge.

In February 2018, the resources of the Kamoa-Kakula copper mine project in Congo (Kinhua) once again set a new record. The total copper resources increased from 24 million tons at the time of acquisition to 42.49 million tons. The grade is 2.56%, which is nearly doubled. The project entered the world’s fourth-largest copper mine and is the world’s largest high-grade, undeveloped copper mine.

At the beginning of 2019, according to recent drilling, the mineralization of the northern rich copper of Kamoa-Kakula stretched at least 350 meters along the course and at least 60 meters wide. Sampling analysis of the newly discovered area showed that the copper grade was as high as 18.48% in the range of 13.6 meters. In other words, the reserves of copper metal resources in the Kamoa-Kakula copper mine may rise again!

JXSC has been focusing on the mining equipment manufacturing for more than 35 years. Always help custom to bring greater benefits.